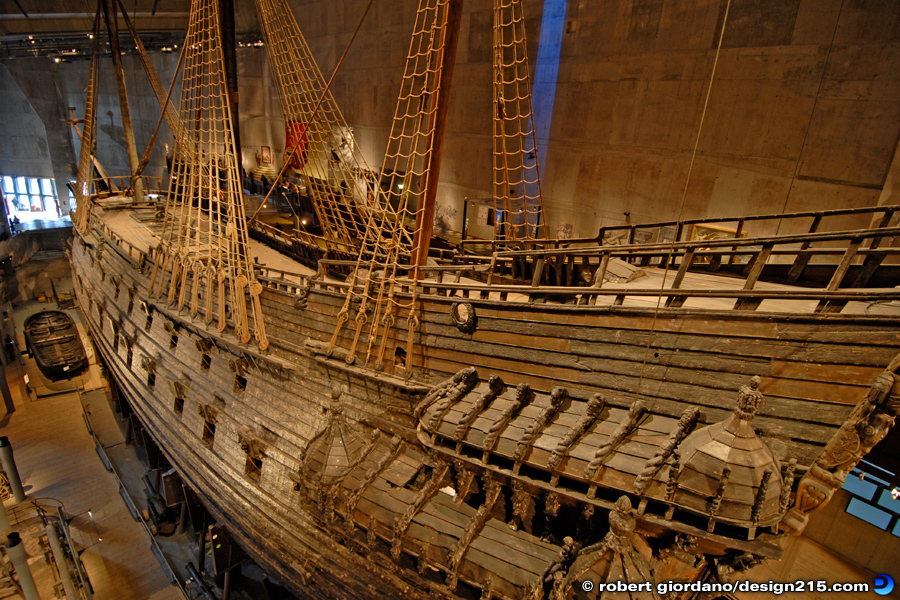 The Vasa was a Swedish warship that was built from 1626 to 1628. The ship foundered and sank after sailing less than a nautical mile into her maiden voyage on 10 August 1628. She was located again in the late 1950s, in a busy shipping lane just outside the Stockholm harbor. She was salvaged with a largely intact hull on 24 April 1961.

During the 1961 recovery, thousands of artifacts and the remains of at least 15 people were found in and around the hull of the Vasa by marine archaeologists. Among the many items found were clothing, weapons, cannons, tools, coins, cutlery, food, drink and six of the ten sails. The artifacts and the ship itself have provided historians with invaluable insight into details of naval warfare, shipbuilding techniques and everyday life in early 17th-century Sweden. No expense was spared in decorating and equipping the Vasa, one of the largest and most heavily armed warships of her time, adorned with hundreds of sculptures, all of them painted in vivid colors. Photo Copyright 2006 Robert Giordano.