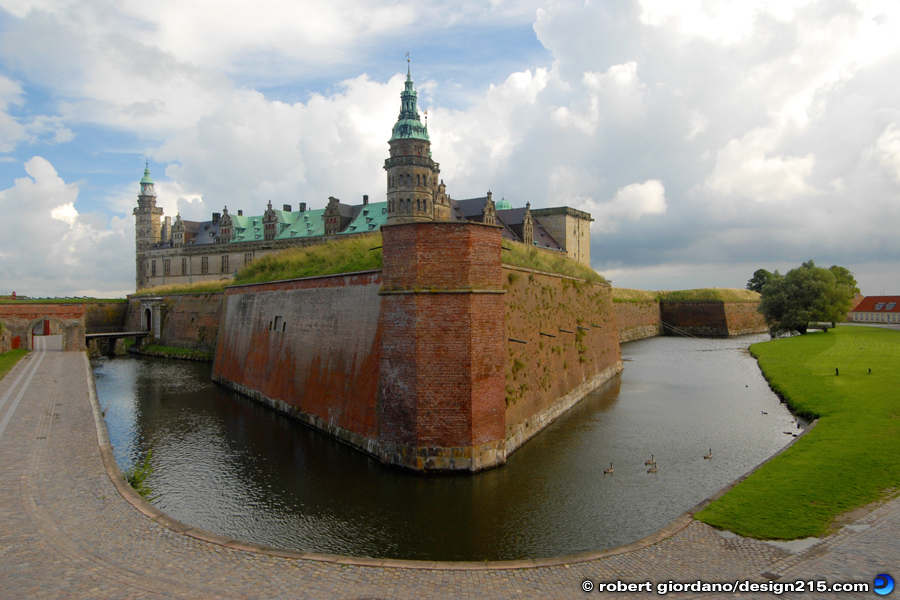 Kronborg is a star fortress situated near the town of Helsingřr (immortalized as Elsinore in Shakespeare's Hamlet) on the extreme northeastern tip of Zealand at the narrowest point of the sound between Denmark and Sweden. The castle has for centuries been one of the most important Renaissance castles in Northern Europe. The castle's story dates back to a fortress, Krogen, built in the 1420s by the Danish king, Eric of Pomerania. The king insisted on the payment of sound dues by all ships wishing to enter or leave the Baltic Sea. He built a powerful fortress to enforce his demands. Kronborg acquired its current name in 1585 when it was rebuilt by Frederick II into a magnificent Renaissance castle, unique in its appearance and size throughout Europe. Kronborg is known by many also as "Elsinore," the setting of William Shakespeare's famous tragedy Hamlet, Prince of Denmark. Photo Copyright 2006 Robert Giordano.