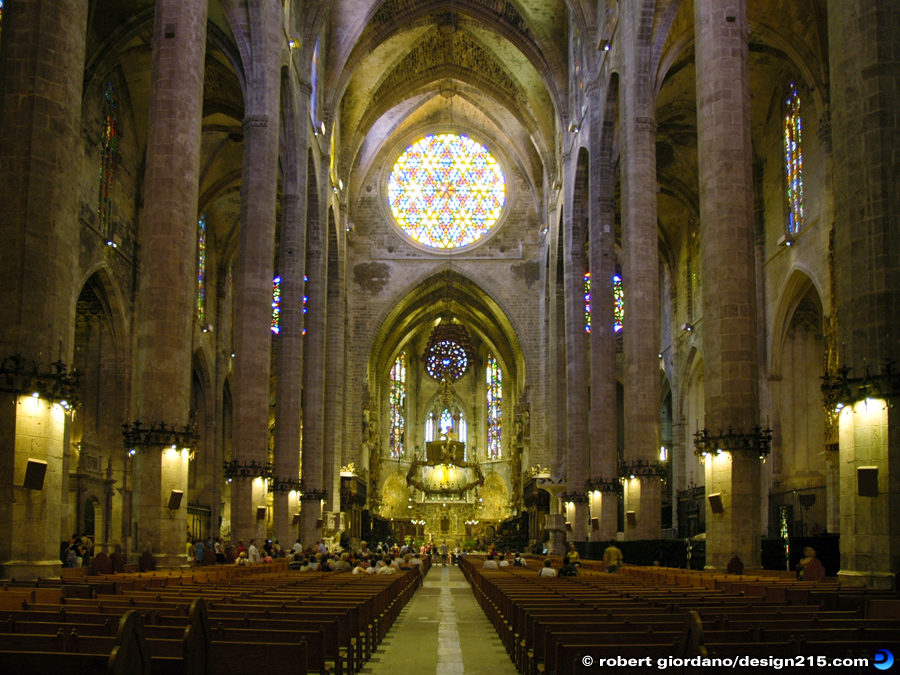 The Cathedral of Santa Maria of Palma, more commonly referred to as La Seu, is a Gothic Roman Catholic cathedral located in Palma, Majorca, Spain, built on the site of a pre-existing Arab mosque. Designed in the Catalan Gothic style but with Northern European influences, it was begun by King James I of Aragon in 1229 but finished only in 1601. It sits within the old city of Palma atop the former citadel of the Roman city, between the Royal Palace of La Almudaina and the episcopal palace. Photo Copyright 2004 Robert Giordano.