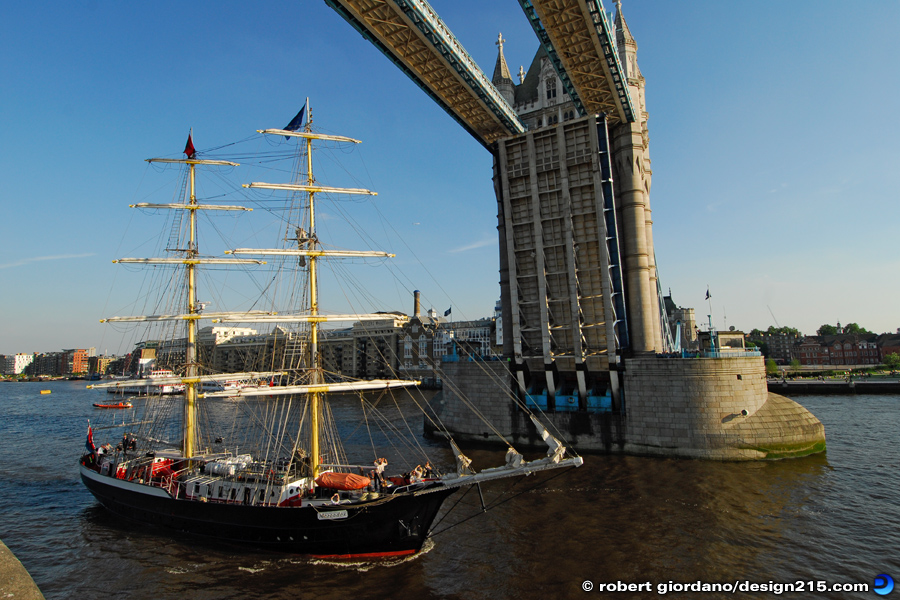 Tower Bridge is a combined bascule and suspension bridge in London, England, over the River Thames. It is close to the Tower of London, which gives it its name. Construction started in 1886 and took eight years with five major contractors and employed 432 construction workers. It was officially opened on 30 June 1894 by The Prince of Wales (the future King Edward VII), and his wife, The Princess of Wales (Alexandra of Denmark). The bridge is 800 feet in length with two towers each 213 feet high, built on piers. The central span of 200 feet between the towers is split into two equal bascules or leaves, which can be raised to an angle of 83 degrees to allow river traffic to pass. The bascules, weighing over 1,000 tons each, are counterbalanced to minimize the force required and allow raising in five minutes. Photo Copyright 2008 Robert Giordano.