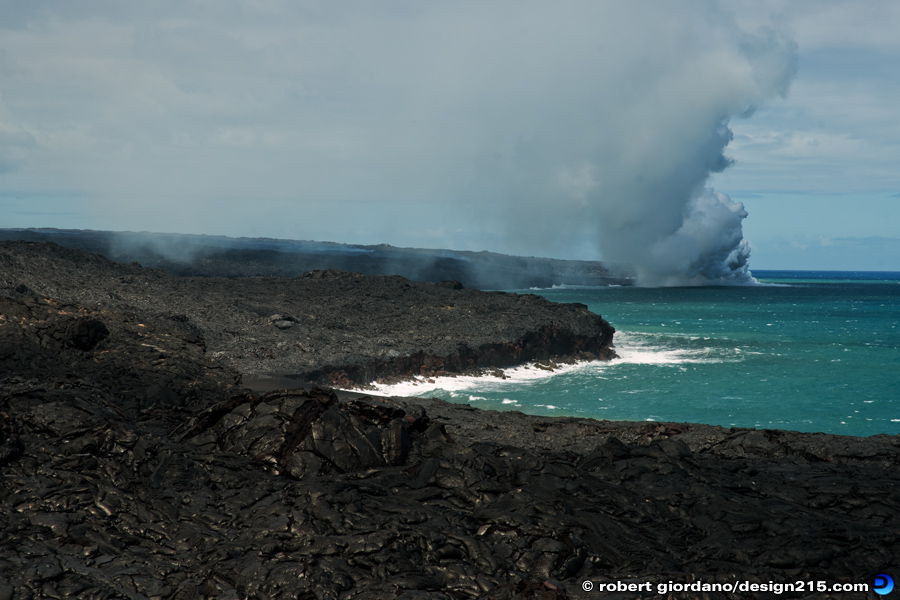 During Robert Giordano's visit to Hawaii Volcanoes National Park, one of the roads through the park was completely blocked by a recent lava flow. Photo Copyright 2005 Robert Giordano.

"I parked on the side of the road and continued on foot to get a better shot of the lava hitting the ocean. Walking on a newly formed lava flow is dangerous and can result in serious injury or death. Lava flows frequently have large bubbles inside of them and you can easily fall through what appears to be solid lava rock. I do NOT recommend that anyone ignore the signs that are posted for your safety. Ironically, the warning sign itself had a chunk burned out of it. Also, sulfur dioxide fumes are hazardous to your health. About half an hour past the sign, the fumes convinced me not to venture any further."