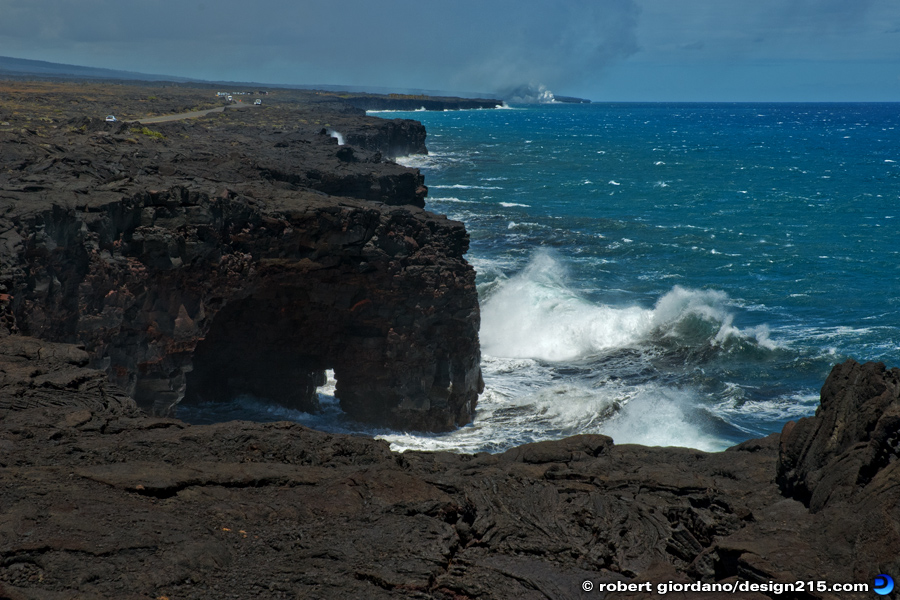 Hawaii Volcanoes National Park, established in 1916, is a United States National Park located on the main island of Hawaii. It encompasses two active volcanoes: Kilauea, one of the world's most active volcanoes, and Mauna Loa, the world's most massive volcano. During Robert Giordano's visit to the park, one of the roads through the park was completely blocked by a recent lava flow. In the distance, at the top of this photo, you can see the plumes of smoke and steam from the active lava flow as it reaches the ocean. Photo Copyright 2005 Robert Giordano.