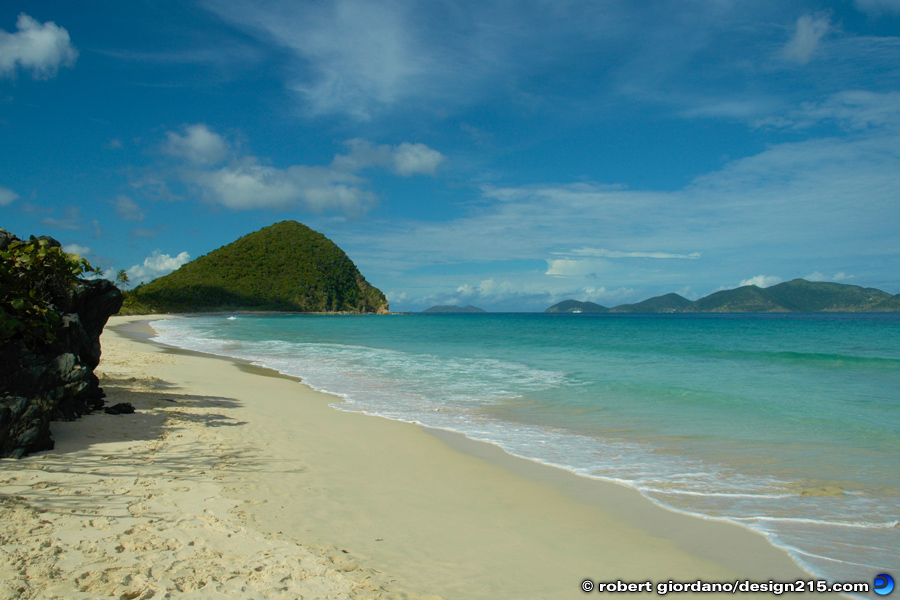 An Empty Beach on Tortola

A beautiful, pristine beach on Tortola, British Virgin Islands. Tortola is the largest and most populated of the British Virgin Islands, with roughly 23,000 inhabitants. In 1493, Christopher Columbus spotted what are now called the British and US Virgin Islands and named them after Saint Ursula and her 11,000 virgin handmaidens that were all massacred by the Huns in the 4th century. The Spanish made a few attempts to settle the area, but pirates such as Blackbeard and Captain Kidd were the first permanent inhabitants of the island. Photo Copyright 2004 Robert Giordano.