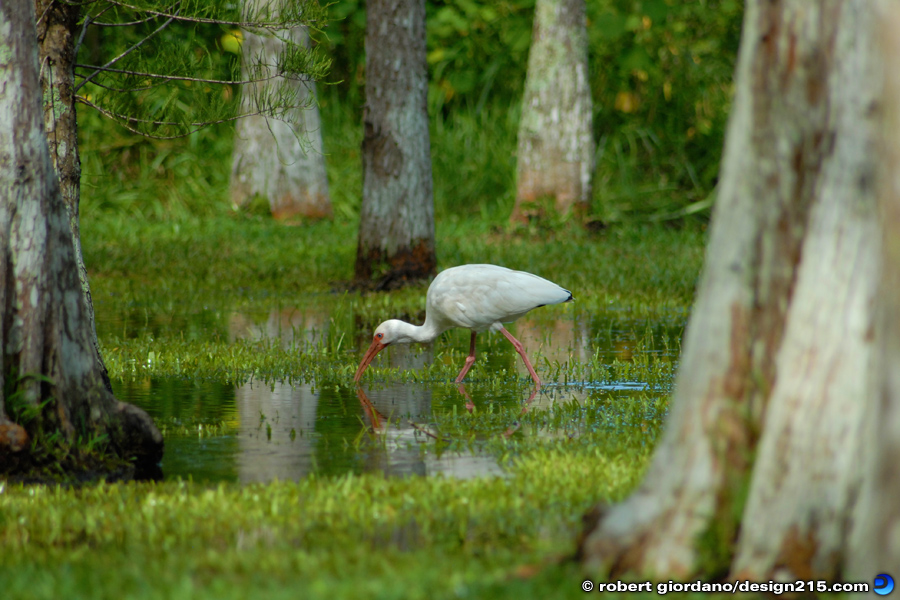 Photographed right after a heavy rain, near Wellington, Florida. The White Ibis is a tactile, non-visual forager whose main foraging behavior is probing its beak into the water to feel for and to capture its prey.

The White Ibis is a monogamous avian species which breeds in huge colonies, where nests within a rookery can range from the tens to the hundreds. Being monogamous, the White Ibis has only one mate during the breeding season and both parents care for the young, although males tend to engage in extra-pair copulation with other females to increase their reproductive success.

Human pollution has affected the behavior of the White Ibis via an increase in the concentrations of methylmercury from release of untreated waste into various habitats. Consumption of methylmercury by White Ibises affects the hormone levels of the birds, disrupting their mating and nesting behavior and leading to lower reproduction rates. Photo Copyright 2007 Robert Giordano.