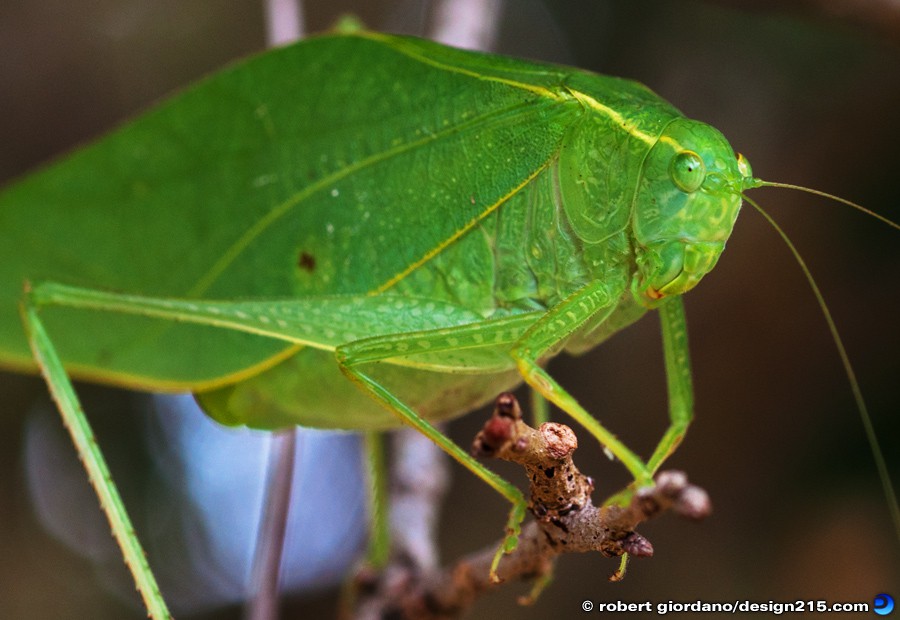 This little green tree cricket was only about an inch long and looked just like a leaf until you got close enough to see that it wasn't a leaf after all. Like other species of cricket they produce their calling song by rubbing the ridges of their wings together. The chirp (or trill) of a tree cricket is long and continuous and can sometimes be mistaken for the call of a cicada or certain species of frogs.