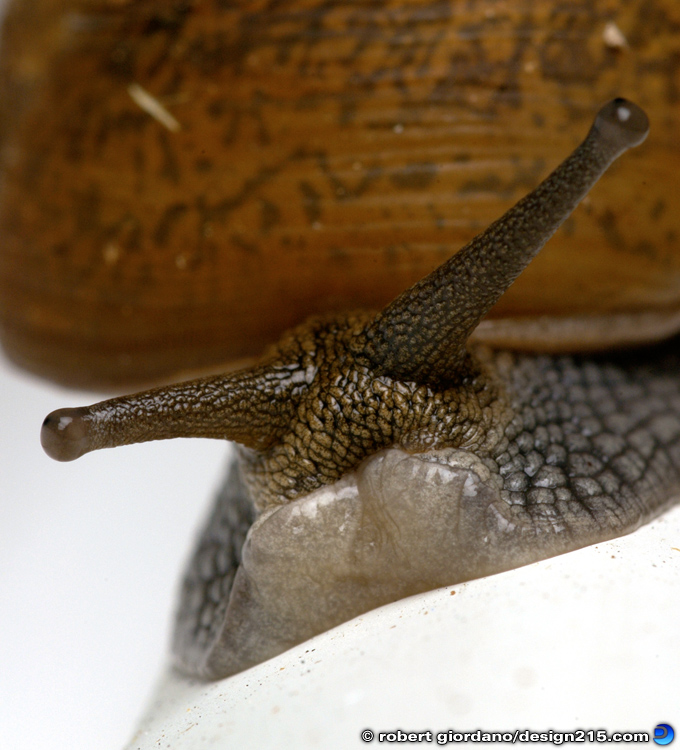 A macro photograph of a land snail or Helix aspersa in South Florida. Land snails move by gliding along on their muscular foot, which is lubricated with mucus and covered with epithelial cilia. This motion is powered by succeeding waves of muscular contractions that move down the ventral of the foot.