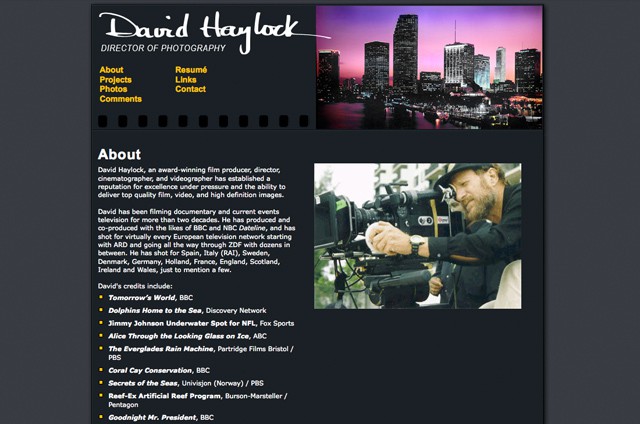 David Haylock is an award-winning film producer, director, cinematographer, and videographer. He has been filming documentary and current events television for more than two decades. He has produced and co-produced with the likes of BBC and NBC Dateline, and has shot for virtually every European television network starting with ARD and going all the way through ZDF with dozens in between.

Return to Category Thumbnails | All Categories