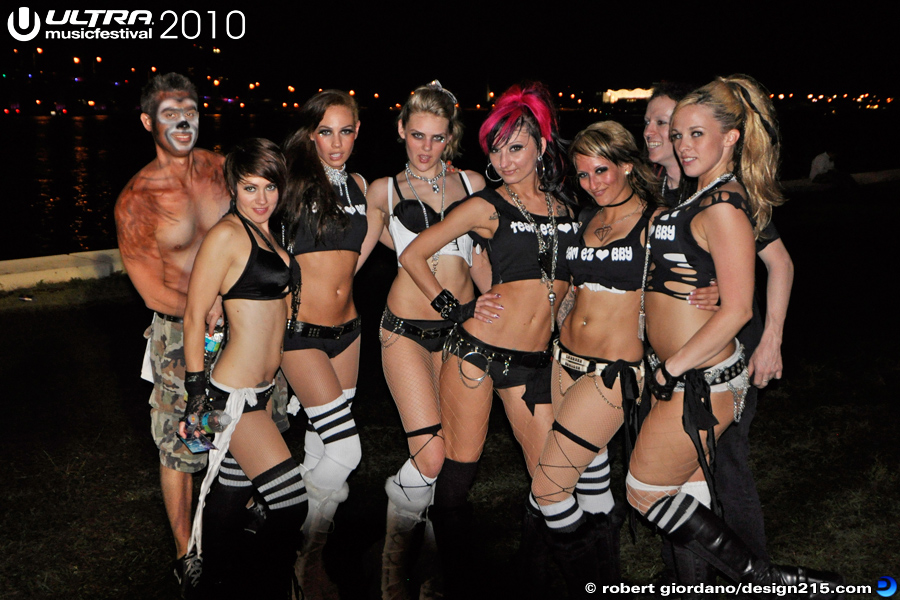 Originally, Go-Go dancers were dancers who were employed to entertain crowds at a discotheque. Go-go dancing originated in the early 1960s when women at the Peppermint Lounge in New York City began to get up on tables and dance the twist. There were many 1960s-era miniskirted clubgoers who wore what came to be called go-go boots to night clubs, so night club promoters in the mid 1960s conceived the idea of hiring them to entertain the patrons. Photo Copyright 2010 by Robert Giordano for Ultra Music Festival.

Return to Category Thumbnails | All Categories