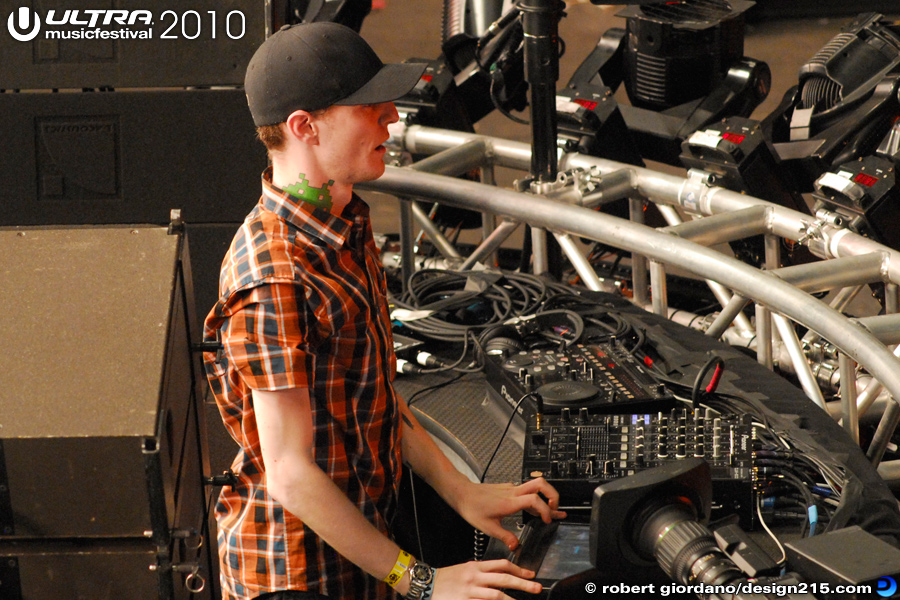 Joel Thomas Zimmerman, better known by his stage name deadmau5, is a Canadian progressive, electro, and house producer based in Toronto. As well as his own solo releases, deadmau5 has worked alongside other DJs and producers, such as Kaskade, MC Flipside, Rob Swire of Pendulum, Skrillex, and Steve Duda under the BSOD alias. Photo Copyright 2010 by Robert Giordano for Ultra Music Festival.