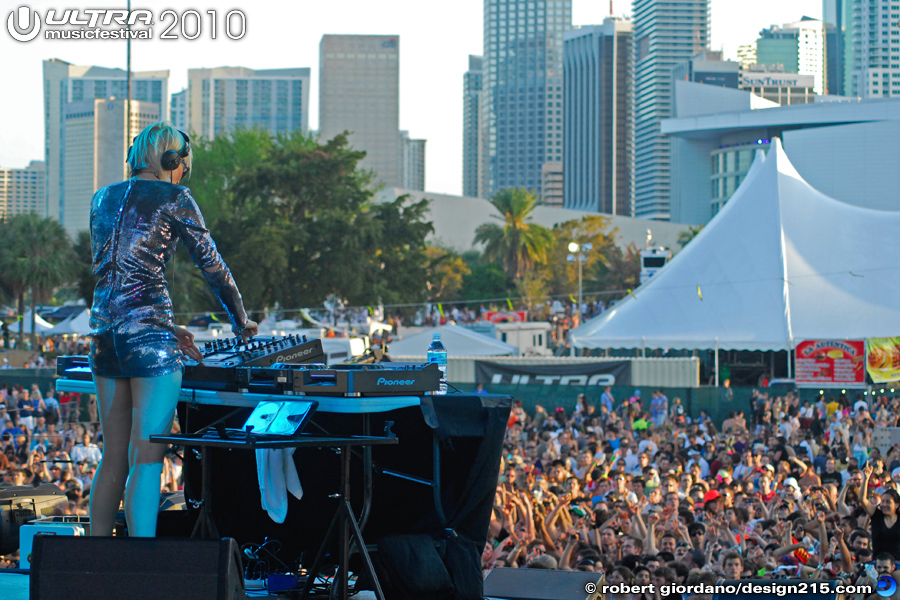 Sister Bliss of Faithless Sound System on the Main Stage. The band was formed in early 1995, and their debut single "Salva Mea (Save Me)" was released in July that year. Jazz acted as a vocalist, whilst Bliss constructed most of the music herself electronically, but also played the piano, violin, saxophone and bass guitar. Photo Copyright 2010 by Robert Giordano for Ultra Music Festival.