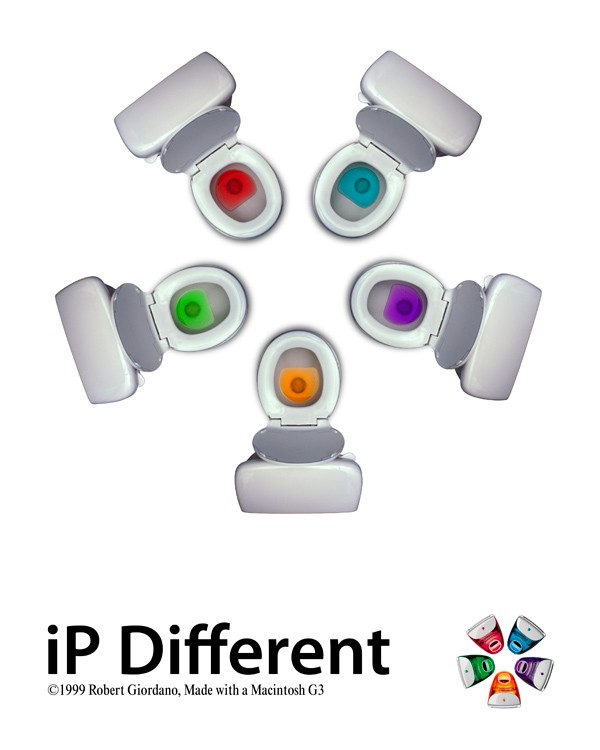 In 1999, the Apple iMac came in five colors. Robert Giordano created this parody by photographing toilets with transparency film, then assembling the individual shots in Photoshop on a 300 MHz Macintosh G3. The final image was a 24" x 36", 300dpi poster. Copyright 1999 Robert Giordano.

"I sent a small version of this photo to a number of top executives at Apple. Most thought it was funny. One of them wanted to make t-shirts, one threatened to sue me, and I never got a response from Steve Jobs."