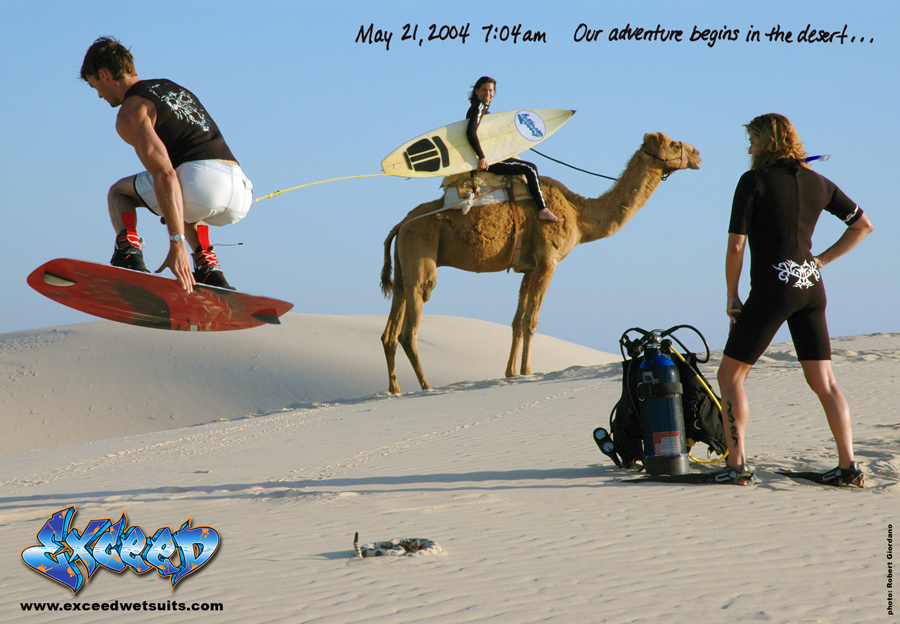 In 2004, Exceed Wetsuits approached Robert Giordano with ideas. They were launching an innovative new line of wetsuits and they wanted their print ads to stand out from the rest. In an industry where almost every ad is an ocean scene with someone on a surfboard, they decided to do a wakeboarding shoot in a desert. The photo above is one variation of Exceed's 2004 ad campaign. The shoot took place in a real desert, with real camels. Robert directed and photographed the shoot and while some retouching was involved, the scene is essentially as it was shot. Design215 also built Exceed's original web site in 2004 and rebuilt the entire site again in 2010. Photography Copyright 2004 Robert Giordano.