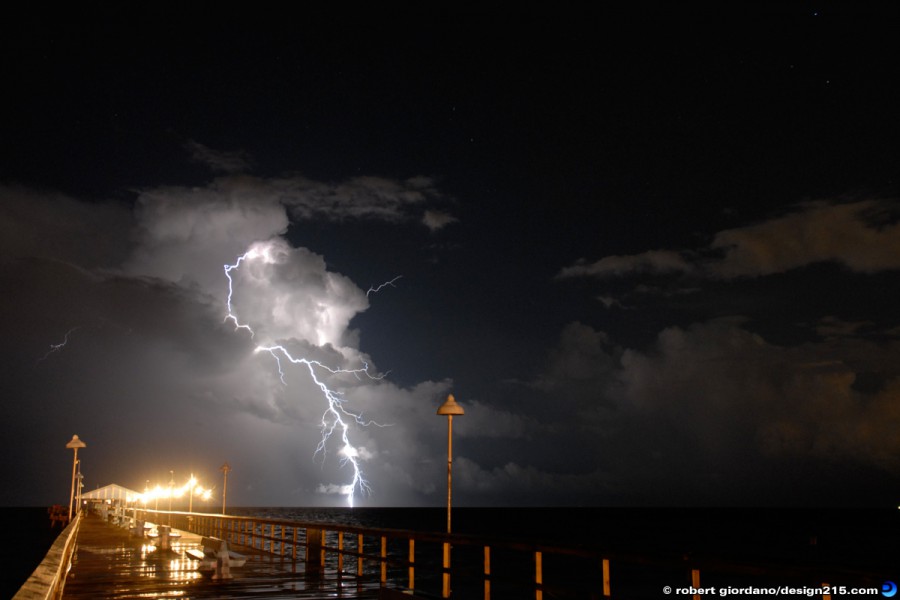 This lighting display was captured from Anglin's Fishing Pier at the east end of Commercial Blvd. The Anglin Fishing Pier in Lauderdale-By-The-Sea is one of Broward County's oldest and most familiar landmarks. It was originally built in 1941 by the Anglin Family, who originally developed the land. The pier was rebuilt in 1963 and at 876 feet, it is the longest pier in South Florida. Photo Copyright 2007 Robert Giordano.