Welcome to my second set of photos from the Ultra Music Festival. It was difficult to keep up with all of the events taking place this year. Between fire dancers, tesla coils, Prodigy, and Paul Van Dyk, I had to do a lot of running around. In addition to shooting with my digital camera, I also brought my antique 4x5 Graflex camera. It's older than your mom. It turned out to be more trouble than I thought but I got a couple of nice shots. I'll post them later after I scan the film. Honestly, I don't know how anyone could shoot an event like this with a film camera. I shot close to 700 shots and that's not counting the hundreds of shots I deleted. In terms of film, 700 pictures is about 20 rolls. The question is, how many more rolls would you have to shoot to be sure you got enough good shots? 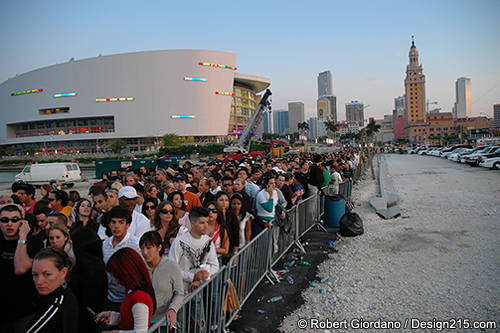 At dusk, the line entering the Ultra Music Festival was just as big as it was several hours earlier. In the background, on the left is the American Airlines Arena, where the Ultra "Carryon" after party will take place. 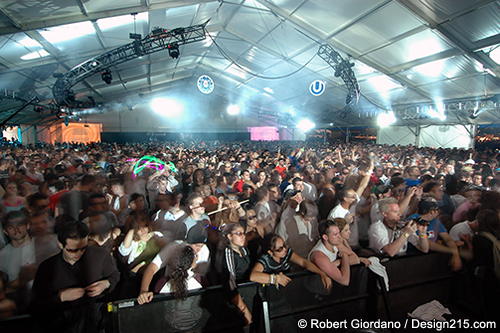 Every tent was filled with party people. 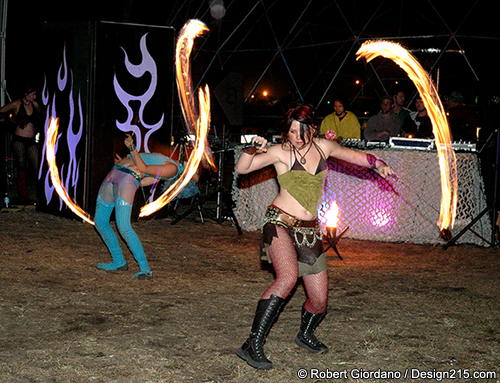 The fire dancers were amazing. They danced to the rhythms of a nearby DJ, using a number of flaming accessories. 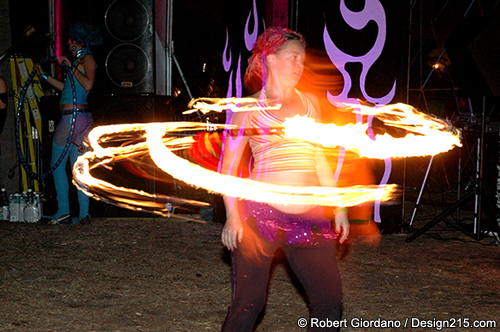 This dancer used a flaming hula hoop. She was twirling it all the way up to her neck! Don't try this at home! 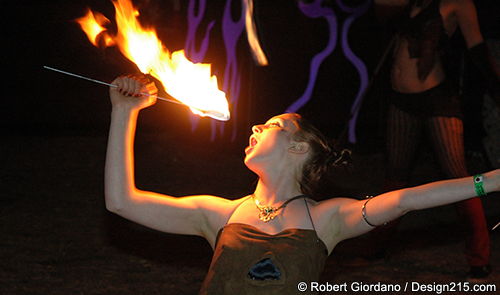 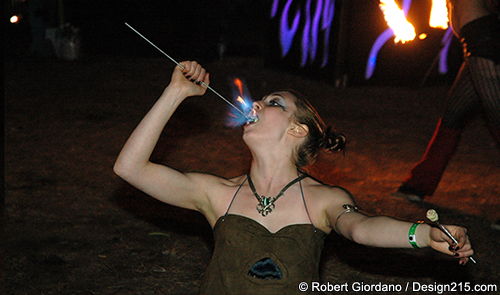 I've zoomed in on the full sized images and I still can't believe it. I wouldn't try this one at home either. 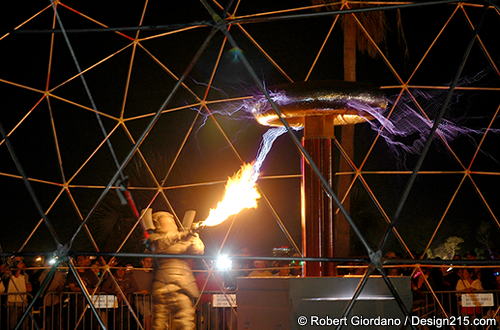 Next to the fire dancers was a Tesla Coil and it was quite spectacular. I did some reading about Tesla Coils and found the following:

The fire dancers and the Tesla coil demonstration were both produced by the NEXUS collective in coordination with XEFX Productions. For more info, check out www.XEFXproductions.com. 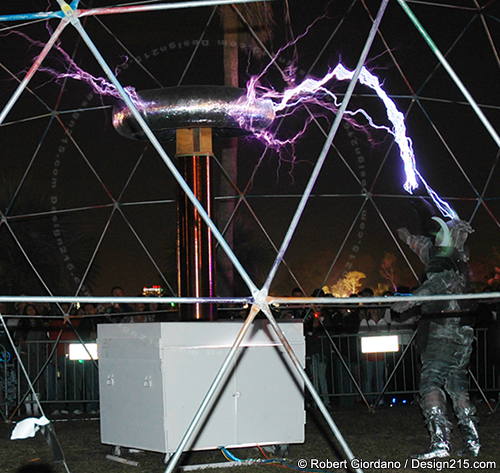 This guy is literally playing with lightning. 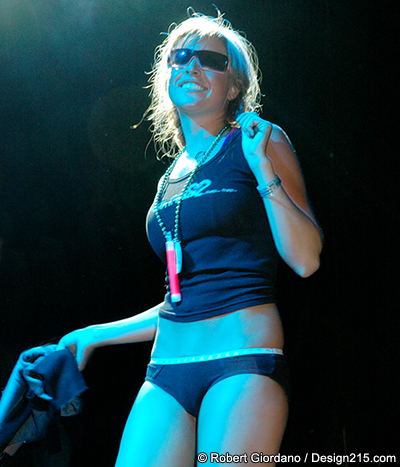 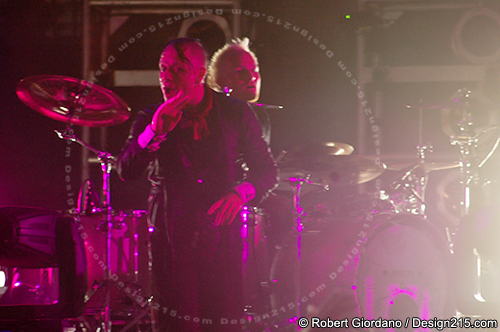 On the other side of the grounds, Prodigy took the main stage. 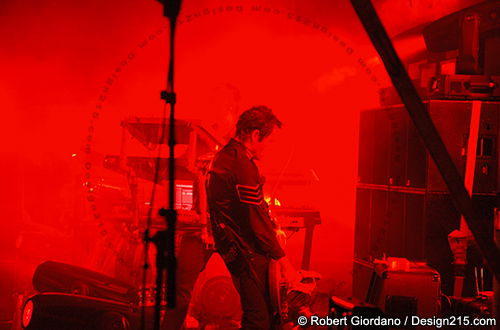 Who is the Prodigy guitarist this year? 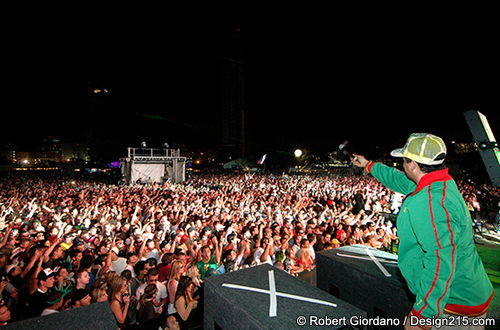 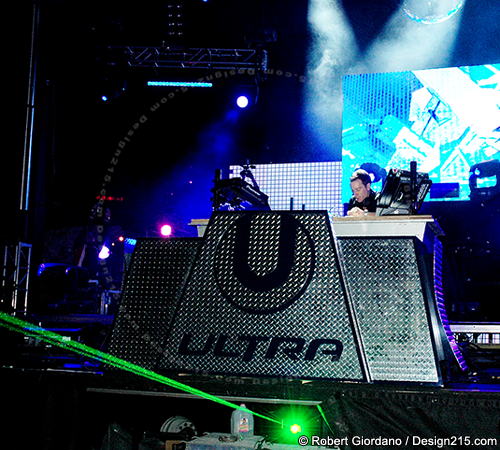 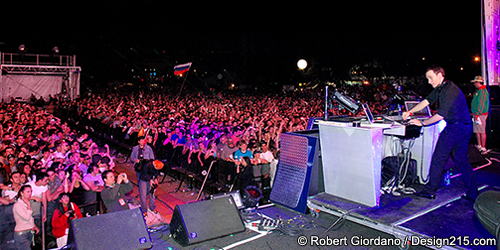 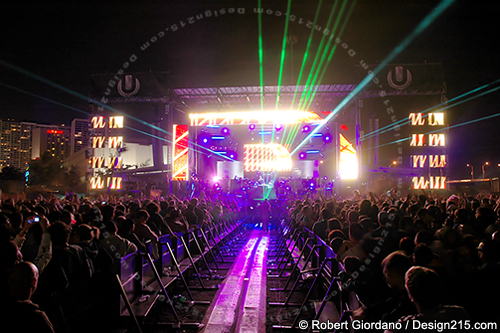 A Laser show on the main stage closes the night ...but there's still the after party...

Look for Part 3 on Thursday, March 30. Rabbit in the Moon put on an amazing show at the "Carryon After Party" in the American Airlines Arena.

The best event in Miami.

"This is the best music event in Miami, i can't wait... Tiesto Erik Morillo, Carl Cox... you have to check this out.. Amazing..."