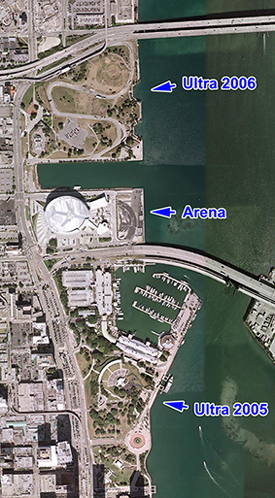 In 2006, the Ultra Music Festival in Miami was better, different, or both. Since 2002, I've worked for Ultra as a staff photographer. My job is to roam around and take pictures of as much as I can. Although I'm usually wiped by the end of the day, it's always a great time.

Ultra was different because it was in a new location. In the past, it was located in Bayfront Park, on the south side of the American Airlines Arena. This year, Ultra was set up on the north side of the Arena, in Bicentennial Park. While, the smaller stages and tents were the same as usual, the big difference was the main stage. Previously, Bayfront Park's huge, open air amphitheater was used as the main stage. It had numerous rows of seating, and a wide, covered walkway at the rear. At the new location, the main stage was at one end of a flat, open field. There was no seating anywhere in sight. In the end, the change of venue didn't seem to affect much. The turnout was amazing and everyone seemed to enjoy the experience.

One thing that definitely had a positive influence on the event was the weather. The temperature was cool during the day and even a little chilly in the evening. The skies were perfectly clear the entire day. I especially liked the cooler temperature since I usually sweat my ass off, running back and forth between the various stages with all of my camera gear. 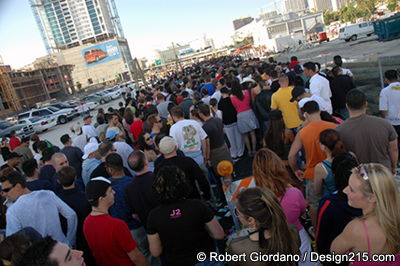 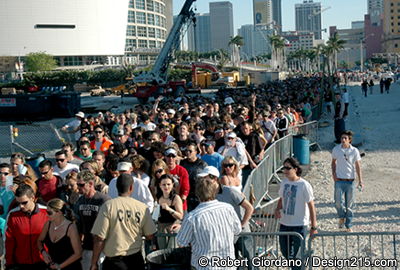 Here's a view of the line from the other end. This was taken around 4pm. Thousands of people have already entered. You'll notice there is all kinds of construction going on in the area. Huge buildings are taking shape right across the street. 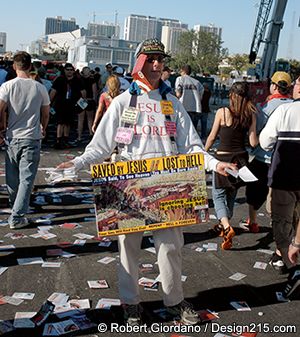 I see this guy every year and it just amuses me. 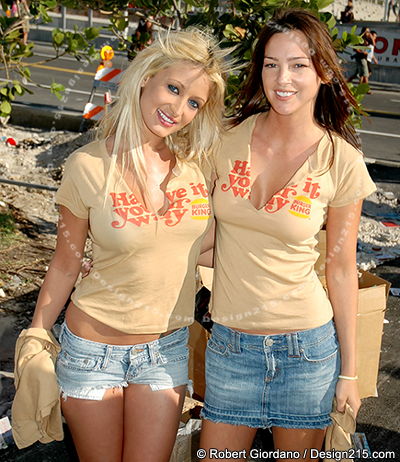 They gave me a free Burger King t-shirt. I still don't quite understand how they are helping to market fast food. What exactly does Burger King want people to associate with "Have it Your Way" or a "Whopper"? 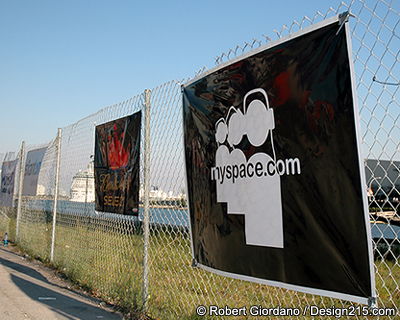 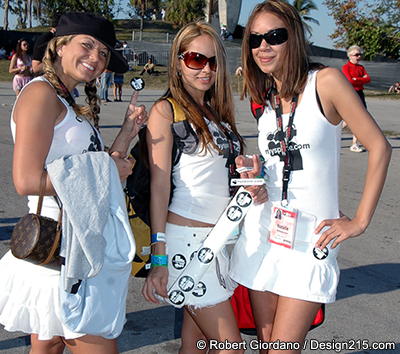 MySpace was EVERYWHERE! There were banners tied to every fence, stickers on everything, and oh yes, "MySpace Girls". I think I saw the MySpace logo more than I saw the Ultra logo. I guess MySpace is good for helping bands get exposure but I'm worried that it's turning into AOL. 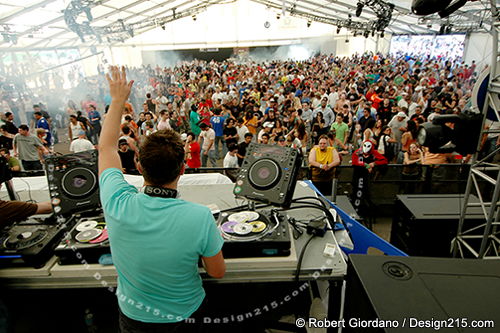 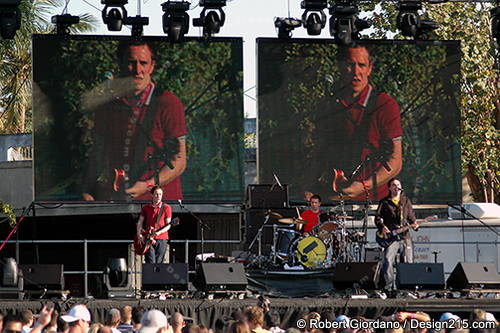 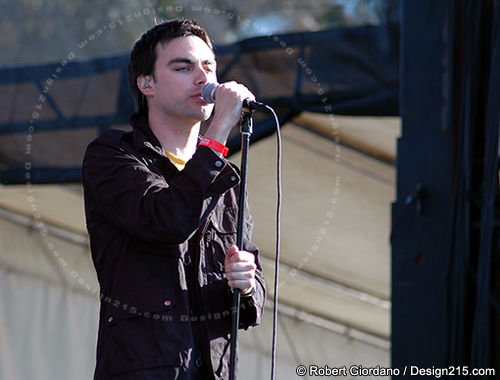 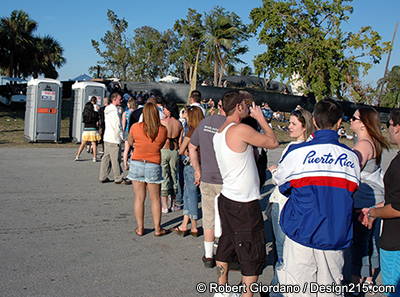 Ah yes, People lining up to use a Porta Pottie. At least it wasn't hot this year. 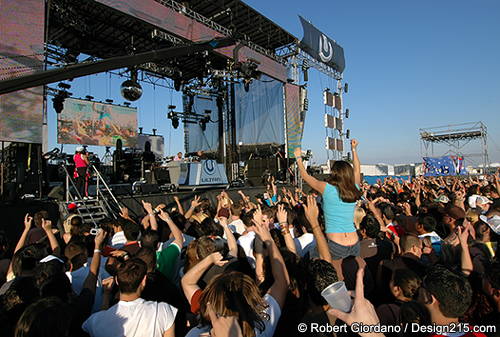 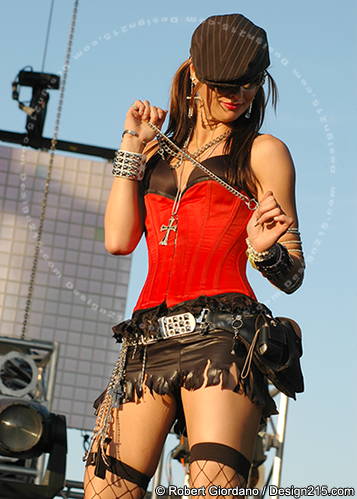 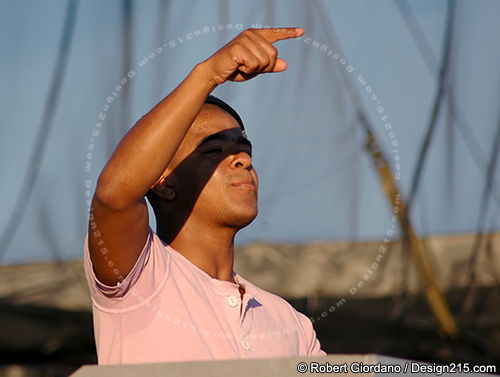 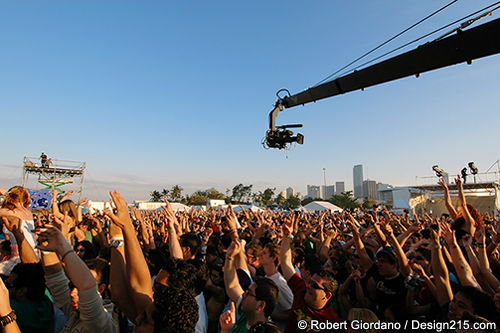 This is how they film all those cool shots for the Ultra Music Festival DVD. 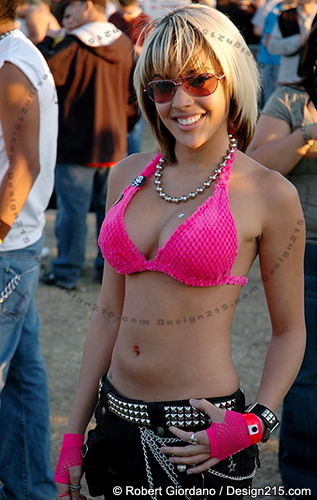 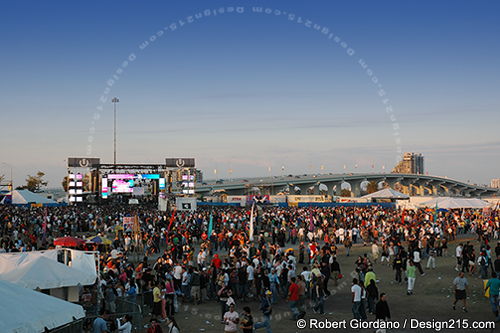 The main stage at dusk, looking east. The bridge in the background is the MacArthur Causeway which takes you to South Beach.